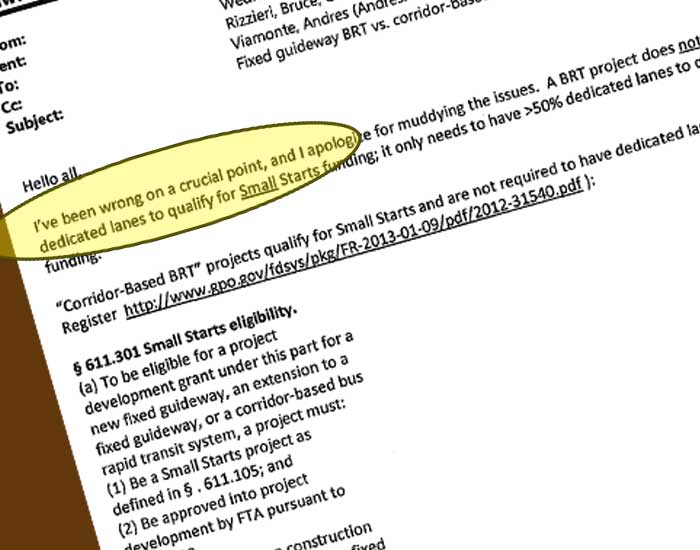 The City of Albuquerque has told the public over and over again that the FTA Small Starts Grant required dedicated lanes but a recently discovered email from their Planner, dated February 14, 2014 (before the plans were even 10% complete), clearly shows that they knew they had the option NOT to design the streets with double dedicated bus lanes. Double and single dedicated bus lanes are fine in the wider, less populated areas of Central Ave. However, in areas like Nob Hill and Edo this means there will be four lanes of buses and much greater congestion.

Click here to read the email that was revealed in court testimony.